At this time of year, when their rice plants grow up to their knees, people of the Khơ Mú ethnic minority group hold a worship ceremony dedicated to genies of plants, especially the goddess of rice.

Several families or the whole village may host the same holy ceremony. 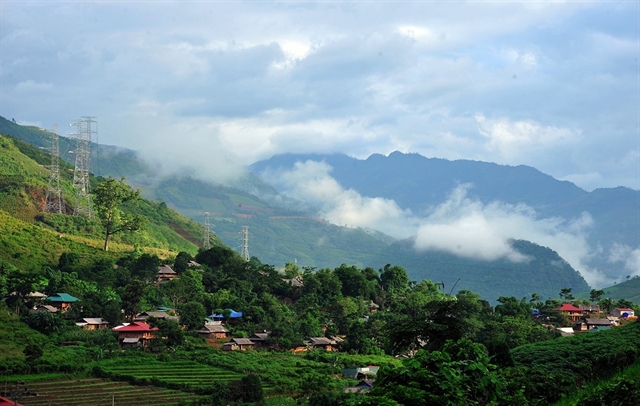 Like other ethnic minority groups, Khơ Mú people believe everything has a soul and natural elements, namely heaven, earth and terrace fields, have a close relationship with people’s life and farming.

An altar with offerings to the gods on a terrace rice field.

Based on that belief, Khơ Mú people since early times have hosted various worship ceremonies to wish for bumper crops and wealthy lives.

With that meaning, the ceremony is an important event for the Khơ Mú group.

The ceremony is held once every year on a single day in autumn, as long as it doesn’t clash with an important day for the local shaman (like the death anniversary of his ancestors, mother or father).

Families will gather one or two months before the event to discuss preparations for the ceremony and assign tasks.

The offerings include a pig, two chickens, two jars of wine with bamboo straws, flowers of rice, flowers of corn, some taros, boiled rice in bamboo pipes, silver, bracelets, a skirt, a scarf, nine pieces of white cloth and boiled sticky rice.

The more varieties of offerings there are, the wealthier locals expect to become.

The offerings also include planting tools like knives, hoes, shovels and even effigies to guard the fields. 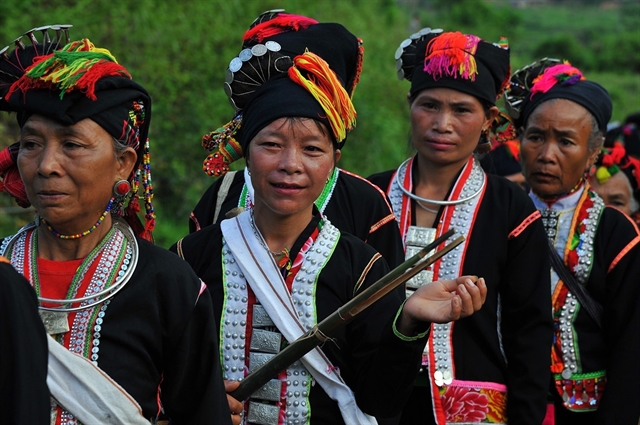 The whole village joins in the important ceremony.

On the important day, early in the morning, people gather in the terrace rice fields, where offerings are displayed on a bamboo table.

The shaman burns a candle made of beeswax on the table and pours wine into two cups.

A man will cut the neck of the pig and two chickens to put blood on three bamboo cards, which aim to wipe away evil spirits from the site.

The shaman will bow in four directions and start praying.

After inviting genies to receive offerings, the shaman gives the pig and chickens to his aides to boil them whole. The pig’s inner organs like liver, heart, and intestines will be grilled.

When the food is ready to eat, the shaman will pray to invite the genies to enjoy the feast while other people gather around.

Then, the whole village will enjoy the feast and people wish each other well.

After the ceremony, people will sing traditional songs and dance. 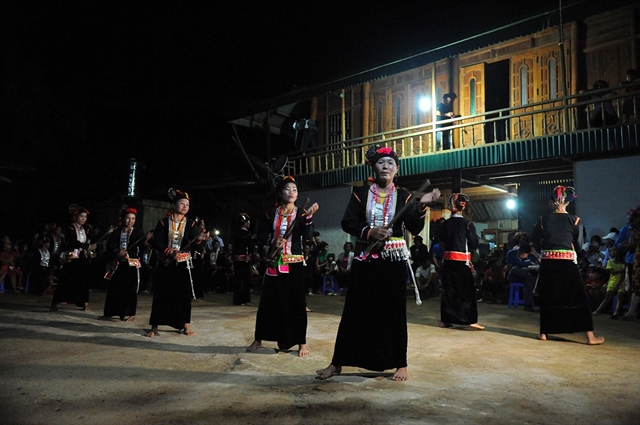 People enjoy dances after the feast.

The Khơ Mú ethic group has other names like Xá Cẩu, Mứn Xen, Pu Thênh, Tềnh, and Tày Hạy, and are among the biggest ethnic groups in the north of Southeast Asia. They live in the north of Laos, Myanmar, southwest of China, Thailand and Việt Nam.

According to the general population survey in 2009, there are more than 72,900 people of the Khơ Mú ethnic group in Việt Nam, who reside in 44 of 63 provinces and cities.