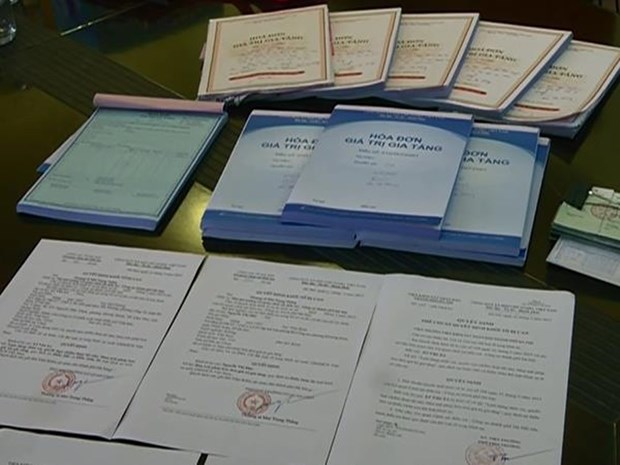 On October 29, police caught Vũ Trần Hùng, 61, from Hồng Phong Commune, An Dương District, while he was trading the illegal VAT invoice, according to Vietnam News Agency.

Hùng established the above two limited companies and hired others as directors and Lưu Thị Phượng, from An Dương District, as an accountant.

At the police station, Hùng said that he directed Phượng to make these invoices.

According to initial investigations, from 2012, Hùng set up and acquired seven companies without any business activities to mainly purchase and sell VAT invoices.

The police are investigating the cases. — VNS