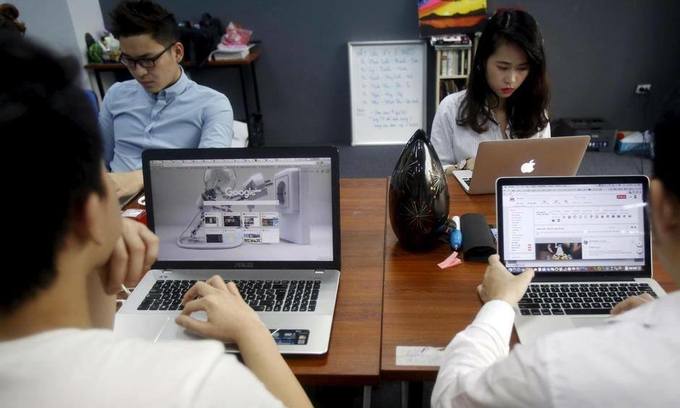 Employees work at the office of a company in Hanoi. Photo by Reuters/Kham.

Demand for interns has risen by 87 percent in the last three years as employers hunt for trainable future employees.

Businesses sought 800 trainees in 2017 and 1,200 last year, and the number is set to reach 1,500 this year, a recent survey by recruitment firm ManpowerGroup Vietnam found. It could reach 2,500 next year, it forecast.

Businesses say they look for interns because they are easy to train, follow regulations, have low absence rate, and some have the potential to become excellent employees.

In a recent survey of 400 employers, recruitment service firm VietnamWorks found that 79 percent reported a staff shortage in the first half of this year.

Demand for talent is set to rise in the second half of this year, according to 66 percent of employers, with almost half expecting it to increase by at least 21 percent.