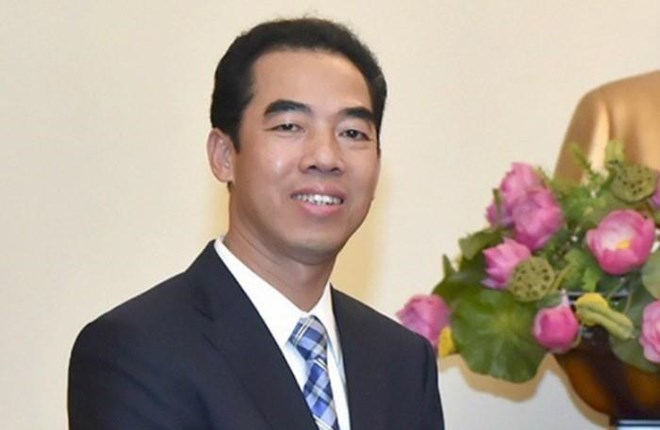 Hanoi (VNA) – Deputy Foreign Minister To Anh Dung
is leading an inter-sectoral delegation on a working trip to the Vatican from
August 20 – 23.

During meetings, the two sides extensively discussed ties between Vietnam and the Vatican, including issues regarding the Vietnam Catholic Church.

They agreed that ties between Vietnam and the Vatican are growing with regular contact at all levels, especially meetings at high level.

Deputy FM Dung affirmed that the Vietnamese Party and State always consistently implement and continuously improve laws and policies of respecting and ensuring citizens’ freedom of religion and beliefs, pay attention to the needs of the Catholic community, encourage and create favourable conditions for the Vietnam Catholic Church to join in national construction.

Pope Francis welcomed the visit of the Vietnamese delegation, which he said contributes to increasing mutual understanding and bilateral relations.

He expressed his admiration for Vietnamese people’s fight for national independence in the past and the cause of national building at present.

He hoped the relations between the two sides will continue to be promoted based on mutual respect, cooperation and dialogues.

Parolin and Gallagher thanked the Vietnamese Government and authorities at all levels for always paying attention to the needs of the Vietnam Catholic Church and facilitating religious practices and organisation of important religious events.

The Vatican affirmed that it hopes the Vietnamese Catholic community will continue making active contributions to the cause of national development and follow Vietnam’s laws.

The two sides agreed on the appointment of some bishops and underlined the Pope’s teaching that Vietnamese Catholics must be good citizens, always accompany the nation in national building, and respect and abide by Vietnam’s law.

The two sides reached consensus on enhancing exchange mechanisms based on agreed principles and in the spirit of dialogue, mutual trust and understanding, as well as on promoting delegation exchanges, especially at high level, in the time to come.-VNA