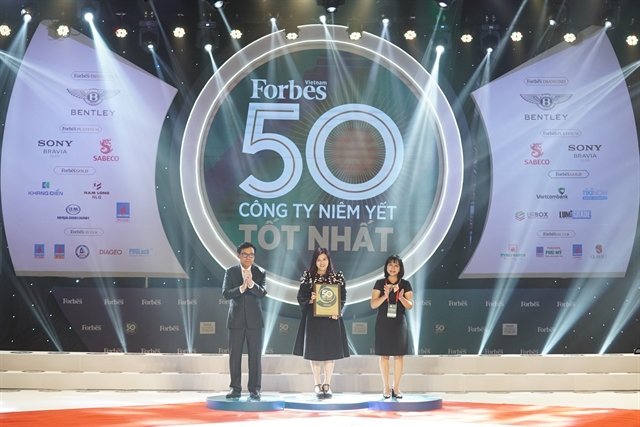 HCM CITY — Vietjet Aviation Joint Stock Company (HOSE code: VJC) was recognised as one of Việt Nam’s 50 best listed companies in 2019 by Forbes Magazine during an award ceremony in HCM City on Thursday.

Honoured companies this year were rated on the basis of compound annual growth, profit, return on equity, earnings per share growth between 2013 and 2018, branding, quality of corporate management, source of profit and the prospect of sustainable development.

Vietjet has been recognised for the third consecutive year since its official listing on HOSE in February 2017. VJC shares quickly attracted investors’ attention and the company was added to the VN30 basket for the 30 largest listed firms in its first year of trading.

From January to June, Vietjet operated more than 68,820 flights, equivalent to 45 per cent of all flights operated by Vietnamese carriers, and transported 13.5 million passengers. These figures helped the airline maintain its leading position in domestic air transportation with a 44 per cent market share.  VNS