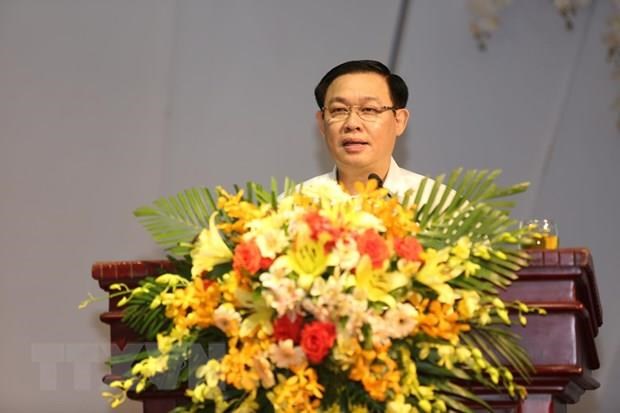 The Deputy PM said many effective models and initiatives in building new-style rural areas nationwide were born in the region, citing such examples as the One Commune, One Product (OCOP) programme of Quang Ninh; the model rural residential areas and gardens of Ha Tinh, the building of new rural areas at disadvantaged hamlets and villages of Nghe An and Thanh Hoa, and the environmental protection campaign of Nam Dinh.

The Deputy PM asked localities in the region to continue making the building of new rural areas a regular and long-term task, and avoid complacency, especially communes and districts which were already recognised as new rural areas.

He stressed that the region should strive for new breakthroughs in rural economic development so as to avoid the middle income trap.

According to Minister of Agriculture and Rural Development Nguyen Xuan Cuong, nearly 70 percent of communes in the Red River Delta and north central region have been recognised as new rural areas so far, much higher than the national ratio of 50.26 percent.

At the conference, participants discussed a number of measures to implement more effectively the national target programme after 2020.-VNA