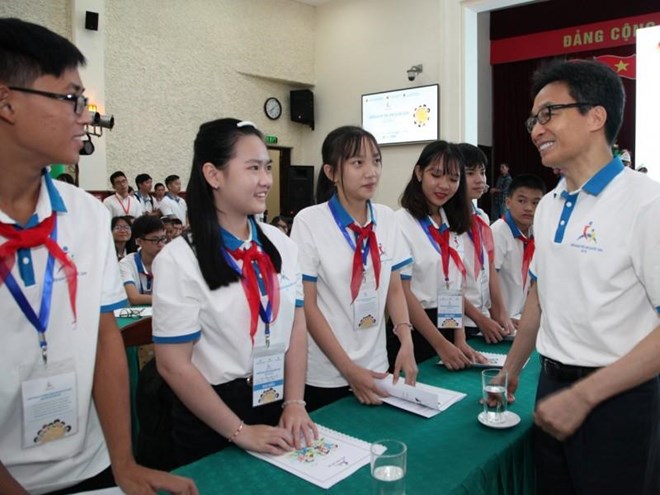 Hanoi (VNA) – As many
as 169 children engaged in a dialogue with representatives from the Government,
sectors and organisations in Hanoi
on August 17 as part of the sixth national children’s forum.

During the two previous days, the children discussed practical issues related to them such as prevention and combat of violence and abuse against children, accidents and injuries involving children; child safety in cyberspace; morals, lifestyles and life skills education; health care and comprehensive development for children.

The discussions resulted in 22 messages and recommendations that the children presented to law makers and mass organisations.

Themed  “Children with children’s issues”, the sixth national children’s forum was meant to celebrate the 30th anniversary of the United Nations Convention on the Rights of the Child (1989-2019).

The event, which gathers 169 children from 41 provinces and cities nationwide, was held in Hanoi from August 14-17 by the Ministry of Labour, Invalids and Social Affairs, National Assembly Committee for Culture, Education,  Youth, Adolescents and Children, and the Ho Chi Minh Communist Youth Union.

The forum is held biennially, with the first taking place in 2009.-VNA