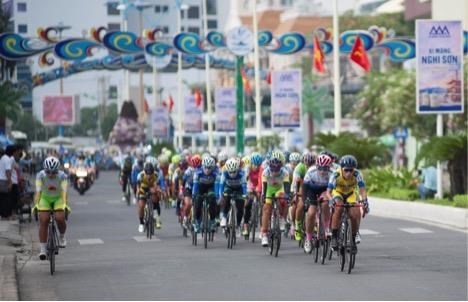 HCM City (VNA) – Fourteen female cycling teams
started their tournament competing for An Giang TV cup this year in Ho Chi Minh
City on July 13 with a 34-km leg around inner districts of the city.

The annual tournament, the 20th of its kind, will conclude in the Mekong Delta province of An Giang on July 18 after six legs totaling over 550km through 12 regional provinces and cities. It sees the participation of four foreign teams, namely those from the Republic of Korea, Australia, Malaysia and the Philippines.

Organisers said the competition is held to broaden international exchanges and to popularise the images of the people and country of Vietnam to foreign friends. This is also a chance for cyclists, both domestic and foreign, to enrich their experiences and improve their skills.

The organizing board has decided to raise the cash prizes for winners, and made thorough preparations months ago. After each leg, it will conduct charitable activities for the benefit of poor locals.-VNA