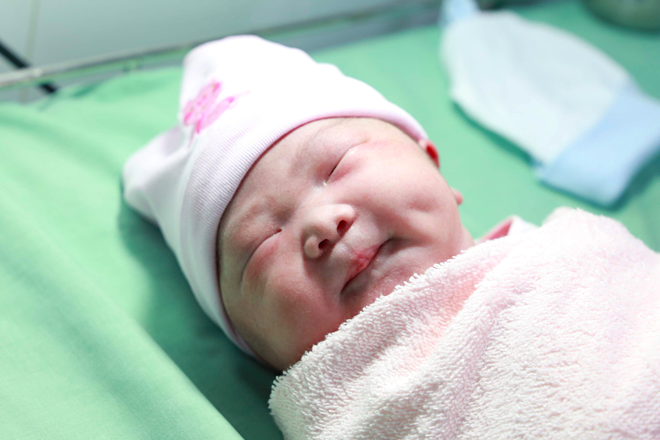 The average Vietnamese woman now bears 2.09 children, a figure sustained since 2006. In 1992, the figure was 3.74, Vice Minister of Health Nguyen Viet Tien said at a meeting on Thursday to commemorate the World Population Day.

This poses a problem, Tu said. There are fewer young people and more old people now, with 7.6 percent of the population being above 65 and 24 percent under 15, said Tu. Corresponding figures in 1989 were 4.7 percent and 39 percent in 1989, he said.

There are positive aspects to the current situation, too, the meeting heard. Despite the declining population growth and birth rate, there are significantly more people of working age in the population now. 68.4 percent of the population are within the working age group of between 15 and 64, compared to just 56.1 percent in 1989. The percentage of people in this age group is expected to peak at 70 percent in 2020.

Vietnam’s population hit 96.2 million this year, which is third in Southeast Asia and 15th globally, according to the Central General Census and Housing Steering Committe. Males make up 49.8 percent of the population now, a slight increase from last year’s 49.4 percent.

The country reached a turning point in 2015 when it started to become one of the countries with the fastest aging populations in the world, the Ministry of Labor, Invalids and Social Affairs had said in a 2016 report.

The number of Vietnamese people over the age of 65 would rise to a projected 18 million by 2040, accounting for more than 18 percent of the population and transforming Vietnam from a young society into an old one, the report quoted the United Nations as saying.

While Vietnam has had a one-or-two children per couple policy since the 1960s to combat its formerly fast population growth, the government is now encouraging families to have two children as the country faces an aging population.

Nguyen Dinh Cu, former head of the Institute for Population and Social Studies, said in a 2017 press exchange that Vietnam should scrap its two-child policy altogether and allow couples to decide the number of children they want to have.

Currently, government officials and party members who have more than two children are disciplined and not entitled to promotion.