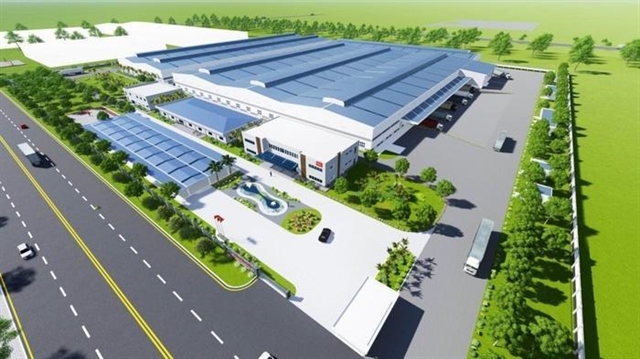 A rendering of TCL’s plant in Bình Dương Province. The firm is waiting for approval to build two more plants in Quảng Ninh Province. — Photo vietnamfinance.vn

TCL is waiting for approval from the province. The two manufacturing plants would be located in Đồng Mai Industrial Park in Quảng Yên District. Once in operation – in May 2020 if all goes according to plan – they will create 2,000 jobs for local people.

In the meantime, TCL’s secondary investors are studying other production facilities in the industrial park.

TCL announced the news at a meeting with Quảng Ninh People’s Committee on Wednesday, held to explore investment and co-operation opportunities at the province’s industrial parks.

Nguyễn Văn Thắng, chairman of the provincial People’s Committee, said the province would create favourable conditions for TCL and its secondary investors to carry out the projects.

However, Quảng Ninh would not seek to attract investments at all costs, Thắng said, but would instead promote selective FDI projects towards sustainable development and environmental protection.

The province will give priority to projects using advanced and environmentally friendly technologies.

Established in 1981, TCL focuses on designing, developing, manufacturing and distributing electronic products, including television sets, mobile phones and other small electrical appliances. It has 22 production bases worldwide, employing 75,000 people and operating in 160 markets.

It entered Việt Nam in 1999. In 2018, its sales rose by 50 per cent from the previous year and its television brand was the fourth largest in the country.

In February, TCL started construction of a new TV production plant in the southern province of Bình Dương with a total investment of US$54 million. The factory is expected to serve the Việt Nam, Southeast Asia, US and EU markets to meet the increasing demand for high quality TVs. — VNS