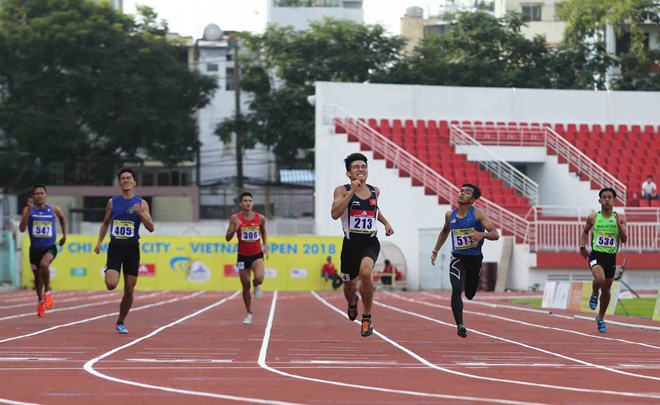 The tournament, held by the municipal Department of Culture and Sports in collaboration with the HCM City Athletics Federation, will attract 550 athletes from 33 cities and provinces nationwide, and nine countries in the region, who are competing in 34 categories, including 15 men’s events, 14 women’s events, and five relay races.

According to Secretary General of the HCM City Athletics Federation Nguyen Trung Hinh, an electronic system will be deployed to supervise performance of the competitors, while the International Association of Athletics Federations’ new rules will be applied in this tourney.

The track and field event offers opportunities for domestic athletes to improve capacity and performance in preparation for the national game scheduled in September, he said, adding that it is also a good chance for both regional coaches and athletes to be well prepared for the 30th SEA Games slated in the Philippines in November.

The HCMC International Track and Field Vietnam Open 2019 was first held in 1993. It was recognised as an official tournament in Asia by the Asian Athletics Association in 2010.-VNA