More than 10,000 joined a walk for peace around the iconic Hoan Kiem (Sword) Lake Saturday morning while a street carnival presented a colorful picture of cultural diversity as Hanoi promoted itself as a destination of peace, friendship and cooperation.

Several cultural activities and music performances will take place on Saturday and Sunday nights at the Ly Thai To Statue garden in downtown Hanoi, part of the weekend pedestrian area around Hoan Kiem Lake.

At the “Friendship Village” exhibition on Le Thach Street in Hoan Kiem District, foreign organizations and embassies have set up pavilions introducing the cultures of participating countries like China, India and Laos.

A photo exhibition featuring the famed elegance of Hanoians is scheduled to take place in July and August. Another exhibit from July to December will display photos and documents to promote peace.

On July 16, 1999, Hanoi was the only Asia Pacific locality to be granted the “City for Peace” title by the UNESCO, recognizing its contributions to the struggle for peace, its efforts to promote equality in the community, protect the environment, promote culture and education and care for younger generations.

Last February, Hanoi was in the global limelight after being chosen to host the historic second summit between U.S. President Donald Trump and North Korean leader Kim Jong-un.

The city received around 3.3 million visitors in the first six months of this year, up 10.6 percent year-on-year, while revenues surged 30 percent to VND50.2 trillion ($2.1 billion).

Last April, city officials signed a memorandum of understanding with CNN to continue its tourism promotion campaign on social media and to air documentaries on the popular cable news network in the 2019-2024 period.

Hanoi was recently named among top 15 destinations in the world by TripAdvisor travelers. 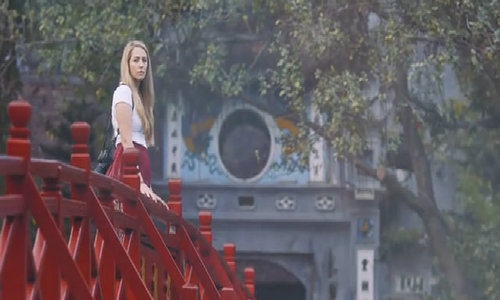