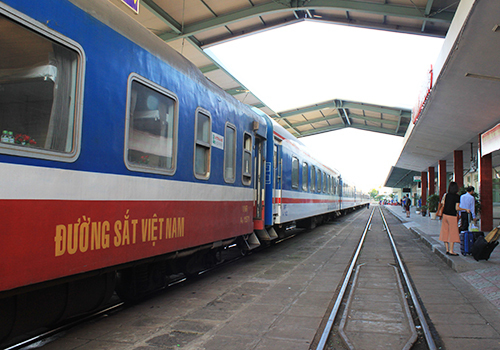 Li Zhanshu, chairman of the National People’s Congress, told Nguyen Thi Kim Ngan in Beijing on Thursday that China wants to cooperate with Vietnam to build a railroad line all the way to Europe, Vietnam News Agency reported.

This would facilitate the transport of Vietnamese goods to Europe, he told Ngan, who is on an official visit to China from July 8 to 12.

He also proposed that Vietnam should speed up the implementation of a memorandum of understanding for promoting connectivity between the Two Corridors, One Economic Belt initiative and the Belt and Road Initiative (BRI).

The former seeks to promote cooperation between the two countries in many fields such as commerce, industry, agriculture, and tourism.

The BRI was proposed by Chinese President Xi Jinping in 2013 as the union of the Silk Road Economic Belt and the 21st century Maritime Silk Road.

According to the Chinese government, it is aimed at enhancing regional connectivity by developing infrastructure projects that create land and sea networks connecting Southeast Asia, Central Asia, the Middle East, Europe, and Africa.

Ngan assured that Vietnam would create favorable conditions for foreign businesses, including Chinese, with advanced and environment-friendly technologies, especially in processing, green energy and high-tech agriculture.

The two leaders also pledged that maritime disputes would be solved with respect to peace and international laws, that China and Vietnam will help speed up the signing of the ASEAN-China Code of Conduct in the South China Sea.

Vietnamese trains now go to China on two different routes. One starts in the capital Hanoi, goes through Bac Giang and Bac Ninh provinces and ends in Dong Dang station in Lang Son Province on the Chinese border from where Chinese trains take over and travel to Guangxi. The other leaves from the northern port city of Hai Phong through Lao Cai Province to Kunming, the capital of China’s southern Yunnan Province.

Vietnam’s Ministry of Transport is working on plans for one more rail route from Hanoi to China. It will start in Lao Cai Province, loop through Hanoi and eight other cities and provinces, and end in Hai Phong City before linking up with a track running to China’s Hekou County.